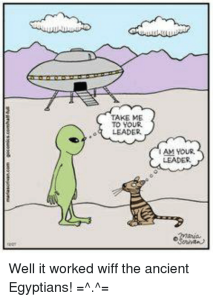 Imagine a Norwegian going to China, trying to order a meal, for then to have the waiter speak for 30 minutes non stop to you in Mandarin. Assuming you actually don’t know Mandarin – How would that feel like? Then realise that this is how it feels like for most managers when they try to have a software developer explain stuff to them.

Facts are, there are roughly 26 million software developers on the planet today, but trying to have most of these explain their jobs to a neuro typical Homo sapiens, feels like an exercise in futility. That is because we live in two different worlds. The manager is thinking about his problems, which might include how to acquire more customers, how to squeeze more productivity out of his employees, and outperform his competitors, etc – While the average software developer is thinking about ways to optimise Duff’s device. (Hint; Don’t even click it unless you’re a developer. Most developers can’t even understand it)

Therefor it becomes crucial for an organisation to have some “medium”, that is capable of moving between both worlds. An individual that easily understands Duff’s device, yet still understands the futility of explaining it to his non-technical management using technical words. Basically, some guy (or gal) that can explain it as follows.

It makes your stuff move faster!

However, this creates another problem, which is that the average manager cannot possibly even come close to being able to evaluate the skill level of his employees. Two Chinese people can speak to you at the same time. One of the guys are telling you about how his constipation made his morning feel awful – While the other Chinese guy is explaining how to maximise your profit, by including some hard core heavy rocket science stuff, which he perfectly describes to you, using the laws of quantum mechanics and abstract math – And the non-technical manager would think they’re just as good both of them, and possibly even fire the rocket scientist guy, believing the guy speaking about his constipation problems are just as good at his job as the other guy, and the manager wants to save money by reducing his staff. Believe me, weirder stuff have happened in the real world.

If the non-technical manager is able to hire a guy who is both a perfect rocket scientist, in addition to being able to explain stuff to him – He has a competitive edge – Obviously!

Every single organisation that employs software developers needs a manager that can easily understand code and the art of creating software – In addition to understanding the more down to earth requirements of creating a successful company. Then they need to use this person as a “medium” between the non-technical management, and its software developers – Otherwise they might as well put their faith in luck.