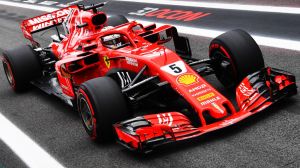 The internet is full of false promises. I can’t even logon to LinkedIn without getting hammered with headlines such as “get rich by working from home”, or “make a million dollars in a week”, etc. Obviously it’s difficult to separate the gold from the crap here, and probably 98% of these promises are false – But there is that “one bugger” every now and then that actually is able to keep his promises. Ignoring that guy, is probably not wise.

I am not entirely free from sin in regards to “false promises” myself either I must confess. For instance, in my last article, I created an argument, that albeit is true in isolation, never would hold up in “the real world”. The argument was that “you can do with $1 with Magic, what you need 5 million dollars to do without Magic”.

Of course, if you look at the argument in isolation, it’s solid as rock, and impossible to argue against. However, in the “real world” we have the needs to create a frontend, maybe multiple frontends, for different platforms. Magic of course is “frontend agnostic”, and hence won’t help you much here. So the entire frontend parts still remains, even though you can wave your Magic wand, and create a backend in 1 second. Other problems Magic doesn’t solve (completely), are integrating with other systems. Even though CRUD is a large part of your problem, it is far from your entire problem.

Though all in all, I feel confident in saying that I’ll make you (at least) twice as productive with Magic, as you are without Magic. The reasons for this, is because in addition to “magically creating your CRUD backend”, Magic also results in a “standard” for your Web APIs. This standard is easily extended upon, allowing you to produce your frontend parts also much faster. If you know the URL for some Web API HTTP REST endpoint, and you know which fields it returns, you can deduct the arguments the backend requires. Needless to say, but this allows you to create your frontends also much faster than if you had to lookup every single API endpoint in its documentation, and create a service layer, a data grid, etc, for every single endpoint in your backend. In fact, creating generalised solutions for your particular frontend needs, is ridiculously simply if your backend is Magic. And even the parts you need to create C# code for, you can still massively benefit from creating an intersected Hyperlambda layer for, to dynamically turn on/off caching, logging, changing authorisation needs, etc – As you need. This makes your change requirements much simpler to implement, compared to having everything in a statically compiled CLR assembly.

In addition Magic solves a whole range of additional problems, such as securely storing your passwords in your database, authentication, authorisation, etc. Magic is more than “just CRUD” – It is an idea, and the idea is productivity, productivity and productivity. Will I automatically create HTTP service layer code wrapping your endpoints in the future? Yup, probably. Will I create the means to declaratively inject HTTP invocations, to integrate your endpoints with other systems? Yup, probably. However, I want to sell the things I have already, and the things I have already have the potential to make you 2x as productive as you are today. This of course translates into no more overtime. No more never seeing your children, because of having to work weekends, instead of going to Disneyland with your family. Etc, etc, etc – I am pretty certain you can see the value proposition here if you try …

Unless you become at least twice as productive, I will return you your money, within 90 days of purchasing a license

Did you purchase Magic? Do you feel I couldn’t live up to my promise? Send me an email using the form below, and I’ll give you your money back! And if you still haven’t purchased Magic, you can do so from here.